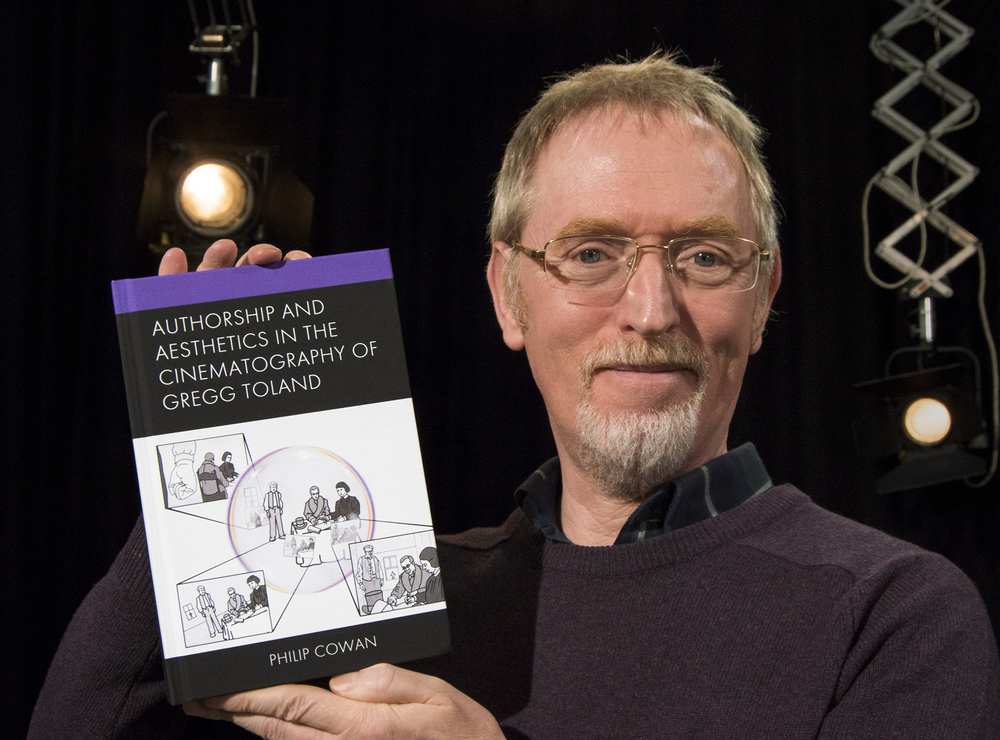 Dr Philip Cowan’s new book Authorship and Aesthetics in the Cinematography of Gregg Toland is a detailed exploration of the art of cinematography.

In this three-part study, Philip Cowan explores approaches to co-authorship in collaborative filmmaking to propose new ways of identifying, attributing, and evaluating the creative work of cinematographers.

In the first part of the study, Cowan challenges the dominant, director-centred auteur approach to film studies, critiquing the historical development of authorship theory and providing a contemporary analysis of the cinematographer’s authorial role in creating images that communicate meaning through their construction.

In the second part of the study, Cowan develops a new, comprehensive taxonomy of functional aesthetic elements of the moving image by synthesizing and updating the work of previous film theorists, in order to define the complexities of composition, movement, and lighting.

Finally, by using the co-author approach and the analytical tools developed in part two of the book, Cowan provides an in-depth re-examination of the work of Gregg Toland, highlighting the historical neglect of the cinematographer’s artistic contribution to filmmaking and developing a fresh approach to the analysis of contemporary cinematography.

This new book has been described as, “A must-have volume for anyone interested in the expressive possibilities of American film as modern culture form” (Dana Polan, New York University). “This ground-breaking study provides a major contribution to the critical understanding and appreciation of the art of cinematography" (Duncan Petrie, University of York).

Ofcom appoints USW Professor Ruth McElroy to its Content Board