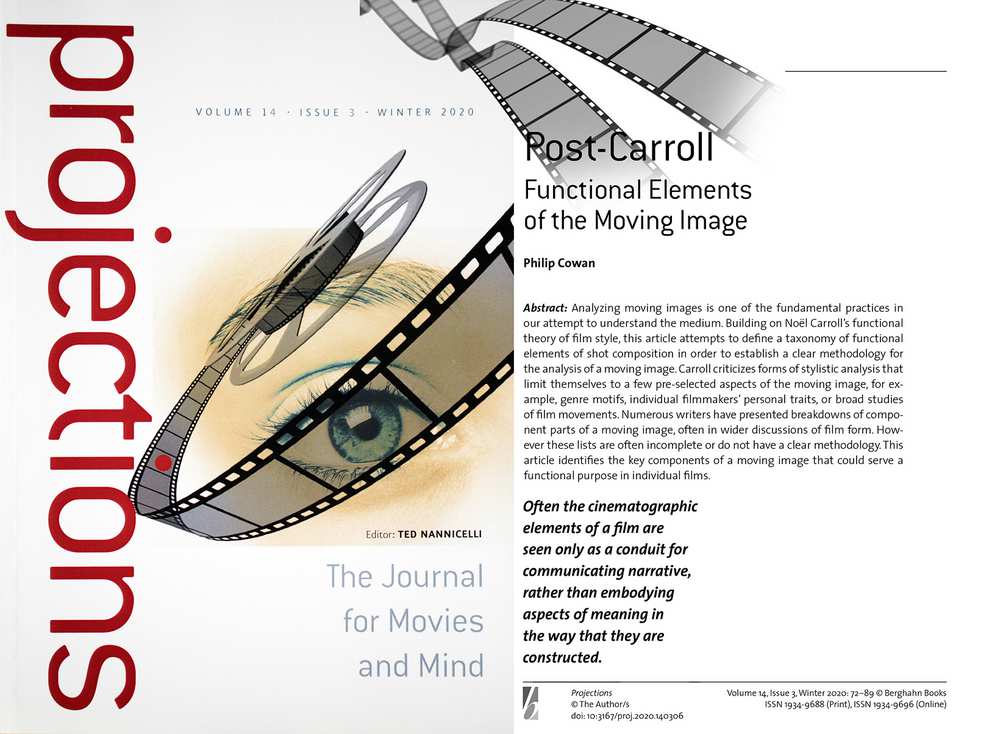 Dr Philip Cowan’s latest article on cinematography was published in December 2020, in Projections: The Journal for Movies and Mind, which is the journal of The Society for Cognitive Studies of the Moving Image (SCSMI).  The Society fosters interdisciplinary research within the areas of moving image history, theory, aesthetics, philosophy and cognitive science.

As a practicing cinematographer Dr Cowan’s research encompasses re-assessing issues around film authorship, which have been described as ‘revisionist’, and explores the aesthetics of cinematography.

In the article, Post-Carroll: Functional Elements of the Moving Image, published in a special edition of the Journal on analytical aesthetics, Dr Cowan considers how meaning can be embedded into the construction of a film image. “Often the cinematographic elements of a film are seen only as a conduit for communicating narrative, rather than embodying aspects of meaning in the way that they are constructed”.

This is the latest step in Dr Cowan’s ongoing research in this area, having already delivered conference presentations at IMAGO’s 3rd International Conference on Teaching & Researching Cinematography held in Belgium in 2019, and at SCSMI conference held at Montana State University USA in 2018.

Dr Christina Papagiannouli features in “Before the first” video